Zarrin’s oldest daughter rode out of camp with me this morning for a quarter mile. I was back on the 89 today, and the shoulder didn’t exist. I threw on a neon jacket and turned on my back light. At one point, I saw a semi coming in my rear view mirror and it was not moving over. Instead, it gave me a big honk and I dived into gravel as it zoomed by. I was pretty shook and pissed off. Semis and logging trucks had been pretty good at giving me space up until now. The rest of my ride was pretty heads up, and temperatures started soaring.

I was running low on water and asked an old woman in her front yard if she could spare some. She led me into her bright yellow cottage, filled me up, and offered a sandwich and some cookies. I kept cycling in the intense heat. I pulled over at an RV park, pretty rattled from not having a shoulder all freaking day. I ate a slice of cherry pie with vanilla ice cream and took a nap. I started riding again, and the landscape opened up into a scorching desert with an even narrower road (no shoulder). I stopped to walk into some lava tubes and savored the 46 degree underground temperatures. 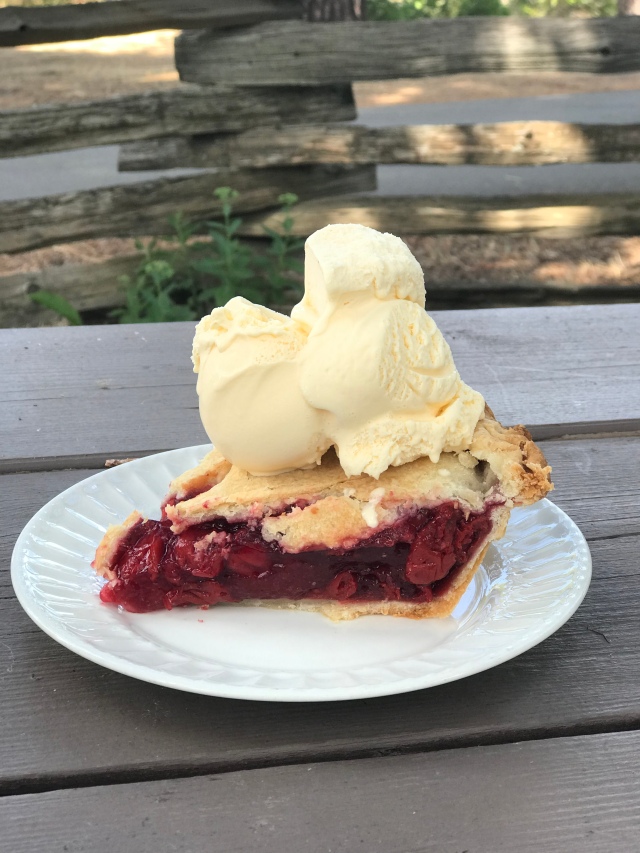 I rode into Old Station and collapsed into a chair at JJ’s Cafe. I ordered a beer and a Reuben with a salad. It was the most delicious thing I’d eaten all day. The plan was to bike 5 more miles to camp after that, but I ran into some PCT hikers outside the gas station next door and they invited me to camp with them behind the gas station.

Thomas, the owner of the gas station, had all the amenities to make a PCT hiker feel at home. Cell signal, ice cream, bathrooms, power outlets, and snacks galore. I kept going back in with Deluxe and Over Easy, two of the PCT hikers, for more snacks and cold beverages. We stayed up till dark and swapped stories from our adventures.

Deluxe, Over Easy, and I went to JJ’s for breakfast this morning. I’m impressed at how much more food they ate. I thought I was a ravenous beast, but these guys are on a whole other level.

Forest, the climber from Berryvale Grocery, had put me in touch with Jeff, another local climber. Jeff picked me up from JJ’s and we drove into Lassen National Park to rock climb. We made our way up a steep, loose slope to an obscure crag. I started leading the climb and suddenly took a fall when rock crumbled under my feet. We climbed a few more pitches after that, but exhaustion caught up to me and we retired to a shady picnic table further down the road for lunch. 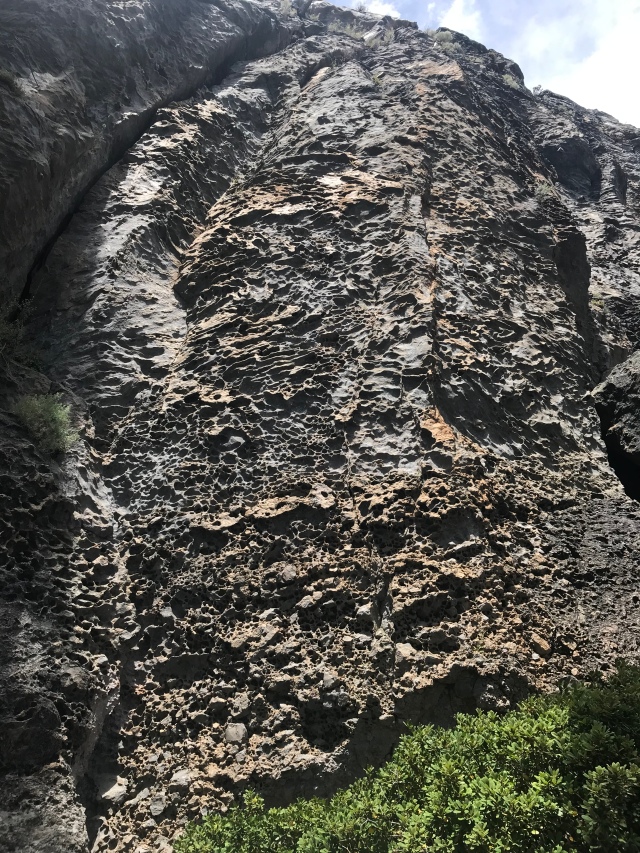 Jeff and I decided to go hike up to the summit of Mt. Lassen after lunch. Walking uphill felt amazing and I was excited to be on another volcano. It was cool all the way up the trail, a nice change from being overheated for days. The summit was gorgeous and offered a stunning view of Mt Shasta. We descended at sunset and Jeff cooked ravioli for dinner. That ravioli hit the spot and I fell hard asleep. 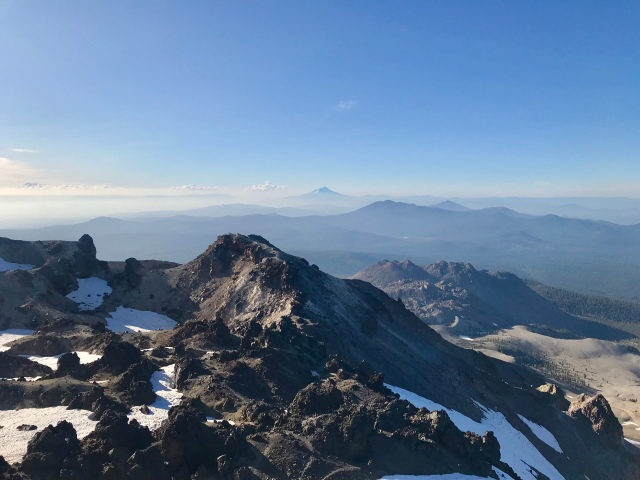 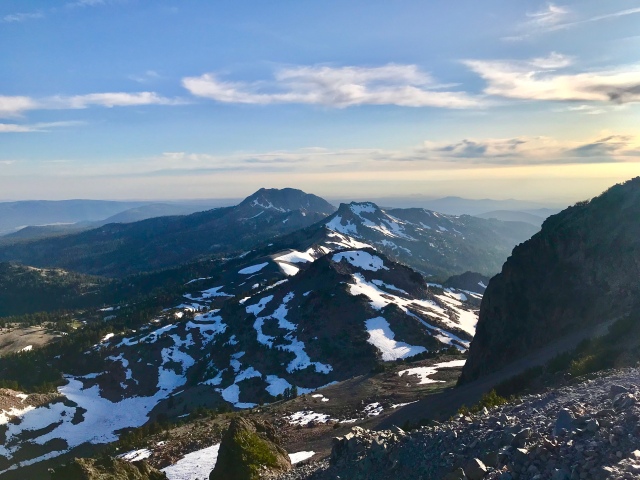 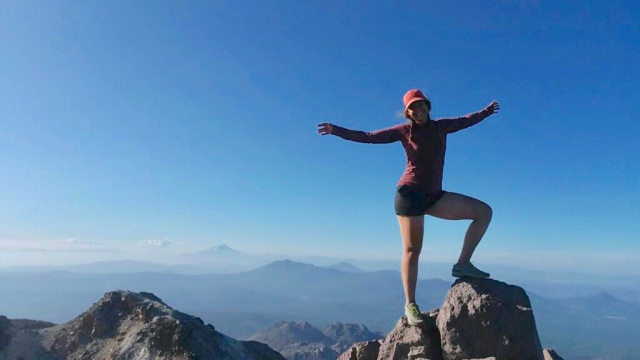